A Question Of Loyalty

A British bomber crash lands somewhere outside Brussels, its entire crew is apparently dead. Kessler takes this as an opportunity to infiltrate Lifeline and assigns Ernst Stoller, an officer who was born and brought up in England, to substitute for one of the dead men. Meanwhile, Monique is becoming increasingly disillusioned with her life at the Candide and relationship with Albert, and finds herself letting her guard down when she becomes involved with Stoller as part of her Lifeline work. 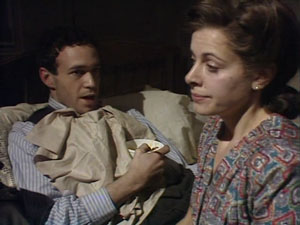