An American airman has written a magazine article about his experiences being shot down in Europe and getting back home with the help of the evasion lines. British Intelligence has blocked the article’s publication, but Brandt has managed to obtain a copy from German intelligence based in America. Studying the article, he begins to deduce the probable route taken during the evasion and travels to the Pyrenees, where he enlists the aid of Malaud, a French policeman, to close in on the line. Meanwhile, Lisa is also in the area, taking some evaders down the very route Brandt is so close to tracking down. 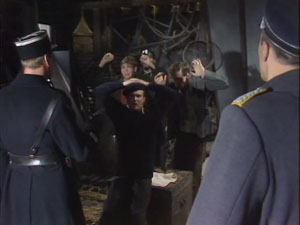