The Pirate and the Princess

"It was the Spring of 1676, when the pirate captain William Tyson came upon a fleet of Spanish treasure galleons somewhere in the Caribbean. Never one to let a fortune pass him by, Tyson set about doing the very thing he does best, he attacked! The battle raged for hours. Though the galleons bravely defended themselves, they were no match for Tyson's cannons nor his seamanship. Expecting to find a cargo of gold and silver, Tyson came across far more valuable, Princess Carlotta, of the order of the King himself. "And so began the legend of the Pirate and the Princess. Using the island of Martigua as their home port, they sailed the Caribbean, attacking the King's navy, plundering a vast amount of treasure..." In the present day, Cody, Nick and Murray arrive in Martigua on vacation to visit their oceanographer friend Angelo, who with daughter Giovanna and son Tony, is searching for Tyson's sunken treasure. But Angelo's expedition is being sabotaged, and soon the P.I.s are soon helpi 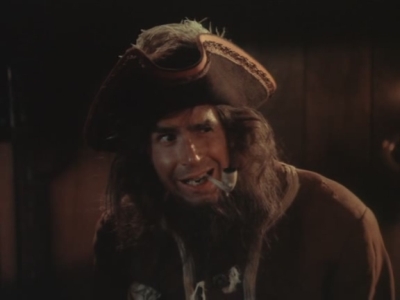