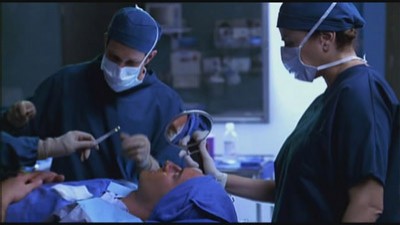 Sex gone wrong causes Christian to break his nose, but Christian is worried that Sean's medical condition will keep him from performing the corrective surgery. He consults a rival (female) plastic surgeon across town. Christian and Gina have sex, but she gets upset when Christian tells her that he's imagining the female plastic surgeon instead of her. Gina tells him that he looks hideous, so Christian decides to operate on his nose himself, which goes terribly wrong. Christian, trying to show that the McNamara-Troy partnership is worth something, tells Sean that he wants him to fix his nose. When Sean panics, Christian decides to go through the surgery without anesthesia, so they can do it together. Sean performs the surgery successfully. Meanwhile, Matt learns that Harry has been arrested for raping Cara Fitzgerald, and that Harry has told the authorities about the hit-and-run, and that Matt was involved. While under oath, Matt says that he had no involvement with the car accident.