View of a Dead Planet

The Artic Sun Project proposes to use a nuclear explosion over the Artic, thereby, melting the ice and creating a ""Garden of Eden."" The project's designer, Sir Benjamin Dyce comes to Moonbase 3 in an attempt to stop the program for fear that the explosion can not be contained and it will lead to the extinction of mankind. Dyce is unable to convince others of his concern and the nuclear device is detonated. As a thick haze covers the Earth, the Moonbase scientists worry Dr. Dyce may be right. 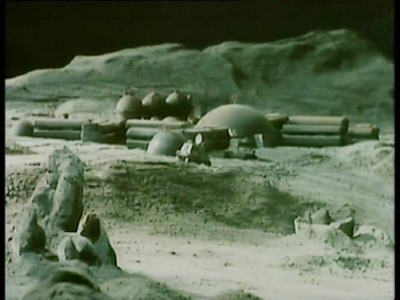