After completing a mission Paris is undercover as an American businessman and still in disguise when he is kidnapped by Latin American revolutionaries led by terrorist Robert Siomney - they ask for the release of three prisoners in return for Paris' life. Paris fakes a disease forcing the government to drop medication, which the IMF has planted a tracking device in. Once they know where the revolutionaries' compound is, Jim fakes the exceution of two of the prisoners, putting pressure on the revolutionary leader Jorge Cabal since his son Luis is the third prisoner. Dana poses as Luis' girlfriend to get close to Jorge so Siomney orders her covert death to keep Jorge on track - Barney takes the killer's place and rescues Dana. Then Jim fakes Luis' death as well - Barney fake-kills Paris and then they reveal that Luis got a last-minute reprieve. With nothing else to bargain with, Jorge turns over Siomney, Barney in disguise, and the "dead" Paris in return for the government commuting his 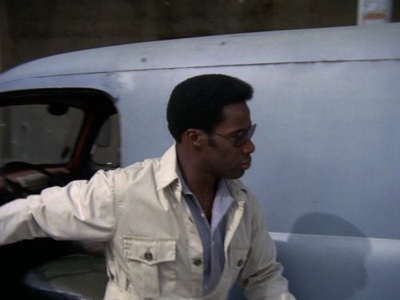