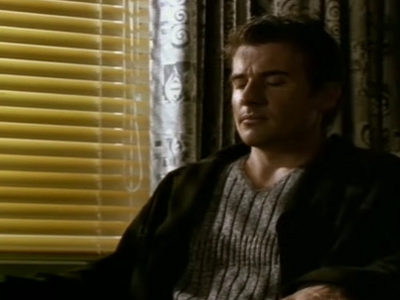 Victims turn up cut in half and the police call in John. DNA leads to a suspect locked up in an asylum who claims he can leave the place in dreams. John tracks the man's twin brother, actually a transsexual, and after another victim turns up he concludes that the twins were separated at birth and the victims are the child-service officials who had them separated and their mother is the one taking revenge. Meanwhile, after hypno-regression therapy fails, John tries dating which doesn't go over well. After a brief sensory-deprivation session with the asylum doctor, Jansen, John has some vague visions but Jansen disappears along with the session tape. The police believe the same killer disposed of Jansen, but we find out he's been killed by the mysterious woman we saw at the end of the previous episode.