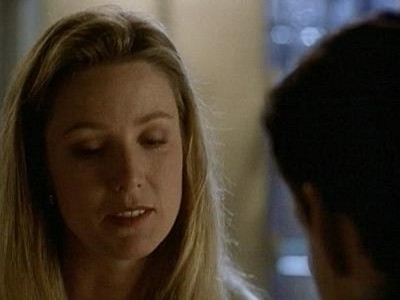 Harm is stunned to learn that his former girlfriend, Lt. Cmdr. Jordan Parker has been found dead in her apartment, having been shot with her own gun. Despite this evidence, Harm is unwilling to accept the premise that Jordan committed suicide & calls in Lt. Cmdr. Teresa Coulter to help examine the forensic evidence. Harm & Mac begin to look for possible suspects who would want to kill her, starting with her last boyfriend who had also been a patient of hers. However, as each of the suspects are ruled out, they begin to look for other possibilities to explain her death. The investigation leads to a shocking discovery for Jordan's neighbor. Returning home, Harm is stunned to find a letter from Jordan in his mail. Jordan wrote & mailed it a few hours before she was killed; in which she tells Harm just how much she had valued their time together.