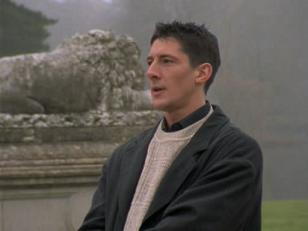 Forgive Us Our Trespasses

After the Scottish massacre at the Battle of Culloden in 1746, Duncan MacLeod was a man possessed, obsessed, with killing the English bastards who had destroyed his people. Now Immortal Steven Keane has come to make MacLeod pay for his murderous crimes. Amanda urges MacLeod to take Keane's head and be done with it, but in his heart MacLeod knows that Keane is right -- he is a murderer -- and that Keane is judging him just like MacLeod has judged so many others.