In 1944, Ingrid Henning had the chance to kill Adolf Hitler and failed. She's been atoning for that failure ever since by killing dictators, tyrants, racists, and fascists who might have the potential to become as dangerous. MacLeod has a chance to stop her before she kills more mortals, but by stopping her, does MacLeod commit the same evil for which he's judged her guilty? 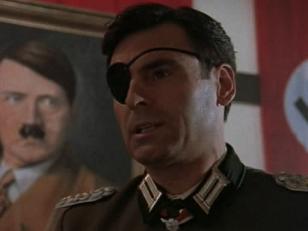