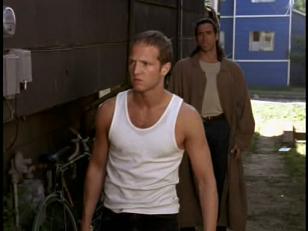 The End of Innocence

The last time Richie Ryan saw Duncan MacLeod, MacLeod was about to take his head. He was stopped by Dawson's bullet, but Richie's world was shattered. Now Richie's back -- kicking butt and taking heads. One of those heads belonged to Carter Wellan, and now Wellan's good friend Haresh Clay is out to avange his comrade. MacLeod has his own long-time grudge against Clay, who humiliated and destroyed one of MacLeod's finest teachers. MacLeod must try to rebuild Richie's trust while they vie to be the one to face Clay in combat.