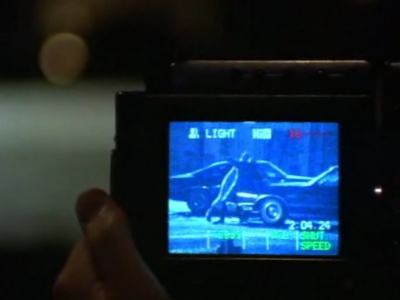 Lawyer Robert Waverly is leaving his mistress' apartment with his video camera when he sees MacLeod locked in combat with an evil Immortal. Waverly makes sure he gets it all on tape -- the fight, the death, the Quickening. He then tries to cut a deal with MacLeod: if MacLeod kills Waverly's wife, then Waverly won't go to the police. When Kurlow, partner of the Immortal MacLeod killed on the tape, comes after MacLeod, Waverly, unaware of what he's dealing with, proposes another deal. A la ""Strangers on a Train,"" Waverly will kill Kurlow and MacLeod will kill Bruno's wife, and no one will suspect a thing. Waverly challenges Kurlow, who kills Waverly easily and MacLeod is left to save Waverly's wife and get rid of Kurlow.