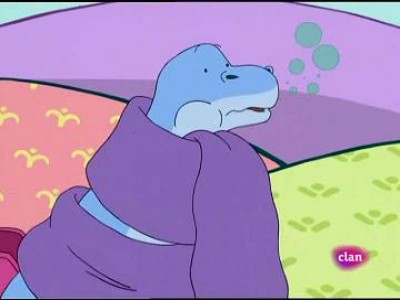 I Wish I Was a Builder!

Observing a construction project, Harry expresses the wish to be a builder. He says he'd like to build something that's a million stories tall. His Mom supports his idea of being a builder, but says he'll have to get started right away if he wants to build a million stories. Harry decides to take the dinosaurs to Dino World to get started. Once there, they all disagree on what they should build. They decide to all build separate things. The building goes great for most of them, but they run into a problem when they build so high that it blocks out the sun.