Who Says My Dinosaurs Aren't Cool

Harry is outside during at recess at his preschool. His friend Charlie has just told him that a boy named Colin Carlisle said that his dinosaurs aren't cool. Colin proceeds to show off a robotic dinosaur of his own --- the new Raging Rex 5000. Harry and Charlie are a bit in awe of this dinosaur and even Harry's own dinosaurs are a bit envious of this machine's seeming power. They get annoyed, however, when Harry decides he'll make a robotic dinosaur of his own, rather than show them at show-and-tell. Harry hops into Dino World and they reluctantly come along with him. Harry goes ahead with the creation of his own dinosaur, but finds he's created a monster. 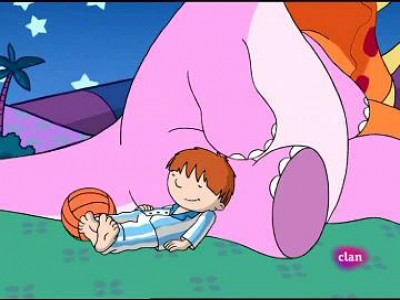