Harry is playing a game of "outerspace" with two toy robots, red and blue, but seems to be disturbing his family with the game. He decides to go to Dino World in search of new frontiers to explore. He and his dinosaurs land on the blue planet, where a much larger version of the Blue Robot lives. They discover that the Blue Robot is at war with the Red Robot and they keep shooting colored paint at each other. Harry and his dinosaurs do their best to make peace with them and stop the silly fight over whether red or blue is a better color. They just can't seem to get them to stop fighting until Harry comes up with a bright idea. 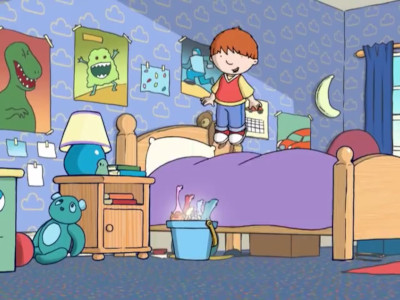