On vacation, Hardcastle travels down to Canary Creek, California to participate in an annual fishing contest. To Hardcastle's surprise, Tina Cutter, the local sheriff's sixteen year old daughter, accuses him of rape. While transporting the judge to jail, Sheriff Dale Cutler tries to kill him. Thanks to Mark's timely arrival, the sheriff is forced to postpone his assassination. Realizing that the judge is in mortal danger, Mark, posing as a drunk, breaks his friend out of jail. Once free, Hardcastle begins to question why Tina framed him. Recalling an earlier meeting with the sheriff, Hardcastle, who has concluded that Tina's own father set up the false rape, realizes that he had mentioned a plane he came across while fishing. Returning to the fishing site, Hardcastle seeing the sheriff and some of the local residents dismantling the plane, ascertains that the sheriff had discovered a downed drug transport. Following the sheriff, Hardcastle and McCormick watch as the residents try to sell the drugs to a major dealer. With the help of a conveniently located forklift, Hardcastle and McCormick manage to capture the sheriff and the dealers. Later, once the sheriff's plans have been exposed, Hardcastle is cleared of the rape charges. 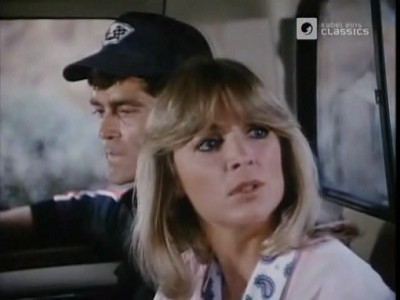