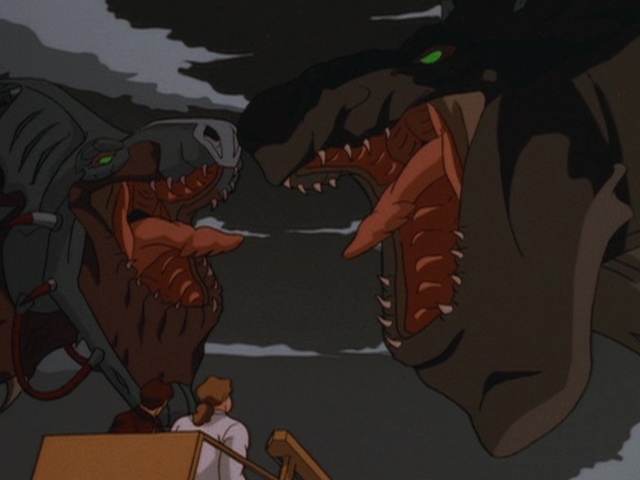 From their secret base on Isle Del Diablo, the aliens assemble their forces. H.E.A.T. desperately fights to resist, but are easily defeated. Once captured and brought to the Tachyons, they are told that the monster army, including a brainwashed Godzilla, will be used to attack major cities across the world in preparation for a full-scale invasion of Earth. At its head marches the aliens' ultimate weapon: Cyber-Godzilla.