Maya invites Darnell's girlfriend, Lena, to her Christmas party in an effort to be civil. However, she grows jealous and gets Jalen to pose as her boyfriend. She is also furious when Lena gets Jabari a Game Cube (he wasn't supposed to get one because of his poor performance in school), and accuses the couple of not communicating with one another. Maya later catches Lena with a man at the bar, and winds up in the strange position of trying to help her with her relationship. Meanwhile, Joan gets really carried away while organizing a caroling outing for her friends. 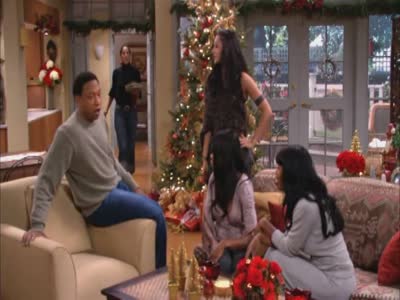