While a huge bomb ticks away somewhere in the city of New York, the right-wing terrorist leader, who is in police custody, refuses to divulge it's location. Leo turns to Rollie to trick the terrorist into talking by making it appear that the bomb has already gone off. Things go awry when the terrorist discovers their plan and escapes, taking Rollie hostage and ordering a second bomb to be detonated. 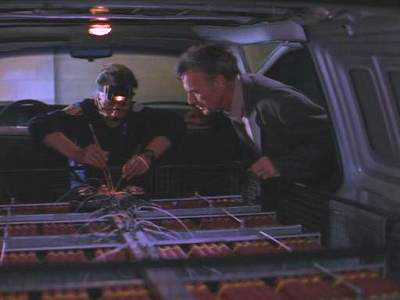