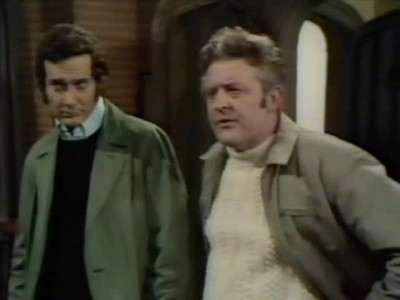 A land rover pulls up underneath a light house high up on a cliff overlooking the English channel. Bernard Colley and his daughter Dana sees their friend Captain Tommy Gort coming out of the building to greet them – they think. But instead he is lurching, a haunted expression on his face towards the edge of the cliff. The Colleys are horrified. 'Why the hell isn't Quist here?' says Bernard. They run after him but they are too late. Gort stops at the edge of the cliff, clutching his head in pain. Inevitably, he topples over and plunges to his death.