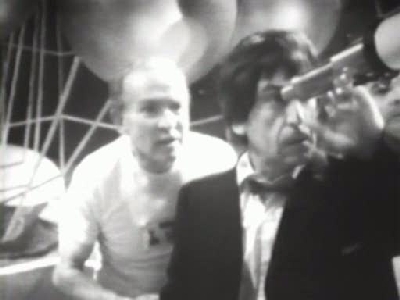 Trying to take his companions to Mars, the Doctor instead ends up on the Moon in the year 2070. Earth's weather is controlled by means of gravity waves directed from an internationally-run Moonbase, but the staff of the Moonbase are suffering from a mysterious outbreak of plague, and moments after the Doctor and his friends enter the entire Moonbase is placed under quarantine. The Doctor offers to help find a cure for the plague, which he suspects is no plague at all – and he's right. The base's food supplies have in fact been poisoned by Cybermen from the colony world Telos, who intend to seize control of the Graviton and use it to destroy the Earth – not as revenge for the destruction of Mondas, but simply and logically to eliminate a potential threat.