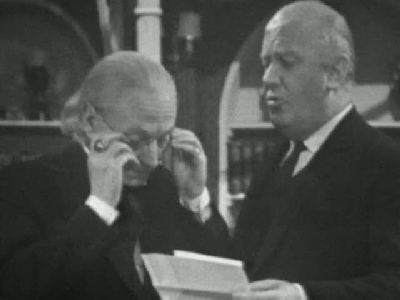 London 1966 and the Doctor and Dodo, on a visit to the Post Office Tower, meet Professor Brett whose new computer WOTAN can actually think for itself and is soon to be networked with other computers around the world. However, WOTAN believes that humans are inferior to machines and should, therefore, be ruled by them. Exerting a hypnotic influence, WOTAN arranges for the construction of War Machines - heavily-armed, self-contained mobile computers - with which to take over the world. These prove more than a match for the Army, but the Doctor is able to capture one of them, which he then re-programs to destroy WOTAN. When the crisis is over, Dodo chooses to remain in London; Ben and Polly, however, inadvertently become the Doctor's new companions when they enter the TARDIS to return his lost key.