The TARDIS arrives on the plains of Asia Minor during the Trojan War, and when the Doctor emerges the credulous Achilles mistakes him for Zeus. The brutal Odysseus finds this highly unlikely, especially when he catches Steven trying to rescue his friend. When the TARDIS disappears, and the Doctor is thus unable to present a miracle to the Greeks, he is sentenced to death – but Odysseus, intrigued by the newcomers, offers to spare the Doctor's life if he comes up with a way to end the war. The TARDIS has in fact been captured by the Trojans and taken into the city, where Vicki befriends the royal family, adopts the name Cressida – and makes a bitter enemy of the high priestess Cassandra, who feels she has a monopoly on foretelling the future. Outside the city, the Doctor eventually has little choice but to suggest the construction of a large wooden horse, and history takes its unfortunate course. Vicki, who has fallen in love with the Trojan prince Troilus, rescues him from the massacre, and together they join cavalry leader Aeneas and set off to found another city – Rome. Having lost one companion, the Doctor and Steven depart from Troy with a temple handmaiden named Katarina. 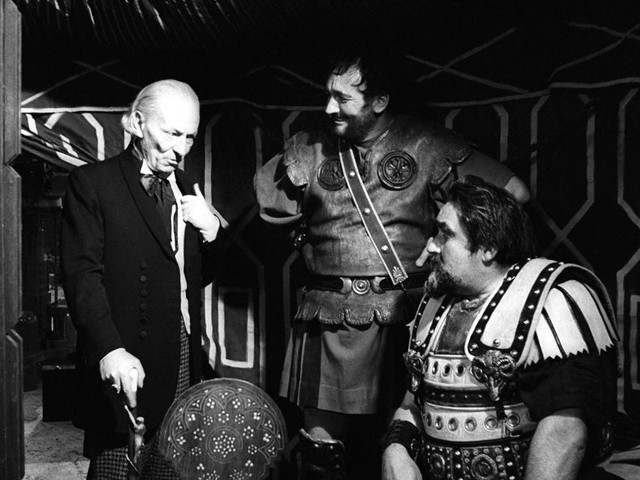