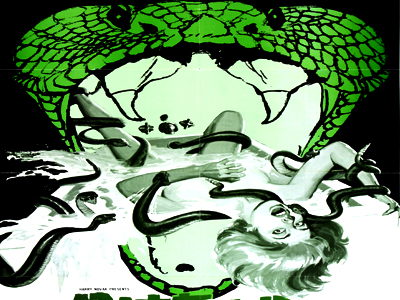 Something is very wrong in the Southwestern desert! It starts when rogue rattlesnakes attack two young boys, and it goes downhill from there. The local authorities summon herpetologist Dr. Tom Parkinson to investigate why the snakes are being such jerks. With the help of photographer and fledgling feminist Ann Bradley, the two of them embark on a haphazard and half-assed investigation – and romance. The hunt leads them to a nearby army base and its uncooperative commanding officer, Colonel Stroud. But when marauding rattlers kill two soldiers, the medical officer on the base can no longer keep silent and reveals the terrible secret, unleashing a chain of events, which lead to all kinds of explodey 1976 action, putting an end to the deadly rattlers. Maybe... Original film made in 1976.