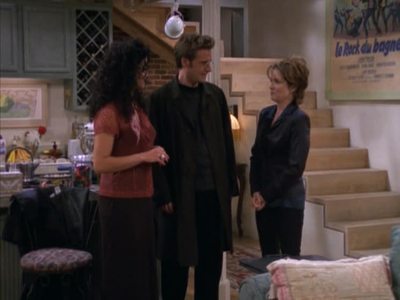 Richard's long-lost love arrives with bad news: she's getting married in two days, to arrogant and insanely jealous fashion designer Marcello. Not to be outdone, Richard concocts a coupling of his own - to Caroline, much to her astonishment. Meanwhile, Del's business is going bankrupt, so he reluctantly arranges a midnight meeting at Remo's with his arrogant father, who refuses to help him but does buy Del's Porsche at an instant profit to teach him a lesson. Annie is offered a part in a pilot for a new series starring Shadoe Stevens, and instantly calls New York to resign from Cats.