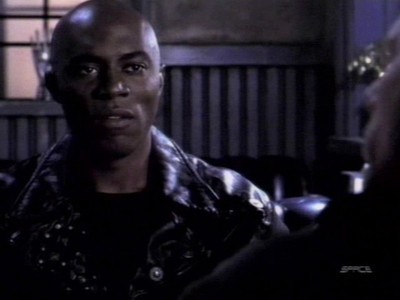 One of the escapees, Hasdrabul Skaras, approaches Stone and offers him a deal: if Ezekial joins forces with him and turns against the Devil, Hasdrabul will share the power that he plans to take on Earth. Stone prefers to regain his humanity on his own. In return, Hasdrabul, a Carthaginian warrior over a thousand years old, uses his Hell-developed power to blend into the shadows to first vanish before Stone can take him down, and then start killing the widows of ""fallen warriors"" (i.e., policeman killed in the line of duty), as Carthaginian ritual demands. Stone tries to stop him, helping one of the widows to escape from both Skaras and the police guard. Outclassed, Stone hides in Father Horn's church and uses the flickering light of the candles to spot Hasdrabul and make a throw that puts out Skaras' eyes and sends him back to Hell.