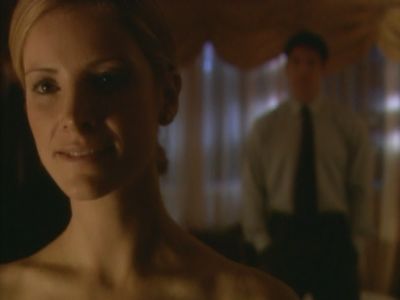 (From Showcase) Laura (Jenny Levine), a highly esteemed lawyer, used to being in the public eye, finds herself burdened by the expectations and responsibilities of her internationally recognized law firm. As she hits her early thirties, she is saddened by how her entire identity is tied to her career. Through a strange sequence of events, Laura finds herself alone in a bar, where she meets George (Peter Wingfield), who later invites her to his hotel room. To her surprise, she develops an exciting relationship with him. The fact that he has no idea who she is charges and liberates her in a way she could never imagine. Once he finally discovers her identity, however, the well being she has previously enjoyed is seriously threatened.