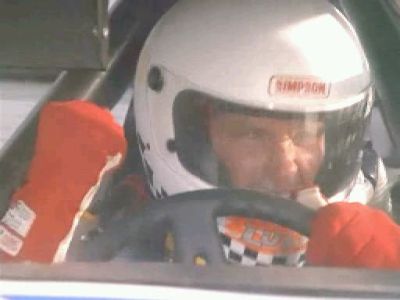 Tanner has received an E-mail from his cousin Damon. Damon is a racecar driver and he is coming to Los Angeles for a race called ""Kragan Auto Parts 200"". Mitch tells Damon that he used to race once. His parents gave him a trip to racing school in graduation gift when Mitch left college. When Damon meets Alex, they are attracted to each other. Damon places Tanner behind the wheel and asks him about Alex. Her favorite food and if she is seeing anyone right now and stuff like that. Later Damon stops by at Alex's tower. He has brought some Chinese food which he now knows is her favorite food. When Damon goes for a swim, he loses consciousness. He is rushed to the hospital in a hurry. He recovers and it turns out that the fried rice he was eating contained shrimps. Damon is allergic to shrimps. But Damon isn't 100 % healthy and is unable to race. Damon, Alex and Tanner convince Mitch to enter the race instead. If Mitch wins the race, $ 100 000 will be donated to Camp Baywatch. Mitch will