Batman: Mystery of the Batwoman

A new hero has arrived in Gotham, but as the title suggests, her identity is a mystery—even to Batman. During patrol, the Dynamic Duo after spots her trying to stop one of Penguin's shipment on Gotham's interstate and apparently would use lethal force after seeing her using a plasma rifle sending Penguin's truck with its driver off the bridge. Batman and Robin saves the driver from falling to his death. Batman must figure out who Batwoman is and to stop familiar enemies Penguin and Rupert Thorne from selling illegal weapons to the fictional nation of Kasnia. At the beginning of the story, the two employ Carlton Duquesne, a gangster, to provide protection. 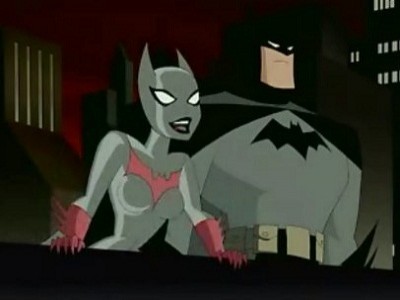