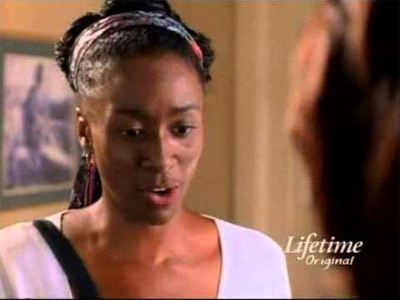 Present: After M.E. finds an empty beer bottle in the living room the morning after Kelly's party, she grounds her daughter for three weeks, even though Kelly tells her she didn't see anyone drinking; Rene pleads Kelly's case to M.E. by reminding M.E. how wild her own teenage years were and M.E. tells her to mind her own business, so she remains silent when she sees Kelly sneaking out of the house; Kelly is arrested for underage drinking when the driver of the car she's riding in is pulled over for driving under the influence, and she calls Rene from jail instead of her parents, which causes another argument between M.E. and Rene; Rene represents a woman whose son was threatened by a fellow student with a gun and who tragically takes matters into his own hands when the school administration fails to move quickly enough to help him; M.E. patches up her differences with Kelly and Rene. Past: Teresa takes her revenge after she discovers M.E. and Rene spying on her makeout session with her