Rachel, Marco and Ax were at the Diner when this guy was crazy for Oatmeal. The man was George Edelman and he announced that he had a Yeerk in his brain so Rachel and Marco went to the hospital to check him out. He told them a lot about the Yeerks, Yeerkes crave Instant Maple Oatmeal like a drug and cannot redeem control of their hosts but the Yeerk will always be in his head, and the new Yeerk Pool is under the whole town. So the Animorphs have a new weapon, but how are they supposed to use it? They can't use it on the Controllers, that'd be like hurting the slaves to spite the slave owners. At the restaurant, the Animorphs try to enter the Yeerk pool but it did not work because a Gleet BioFilter was there to destroy all lifeforms without Yeerks in their brains, but luckily, they escaped as roaches. They have to go directly to the source, dig underground as ferrets. When they reached the Yeerk Pool, they threw Oatmeal into the Yeerk Pool, and a Hork-Bajir has taken down Tobias 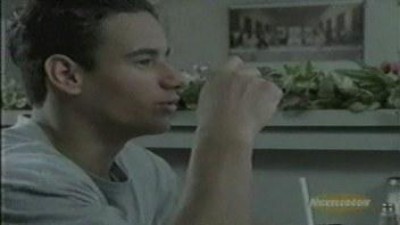