Tony requests to be moved to general population, approximately 8 years after Day 7, so that he can serve as an undercover “inside source” and provide actionable Intel about other prisoners. He states that his desire for revenge consumed him and that Michelle “never would’ve approved of the man I became” following her death. He accepts the fact that he’s going to die in prison, but hopes to save at least one life so that he can be worthy of Michelle’s love again. 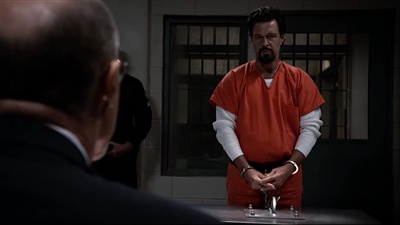