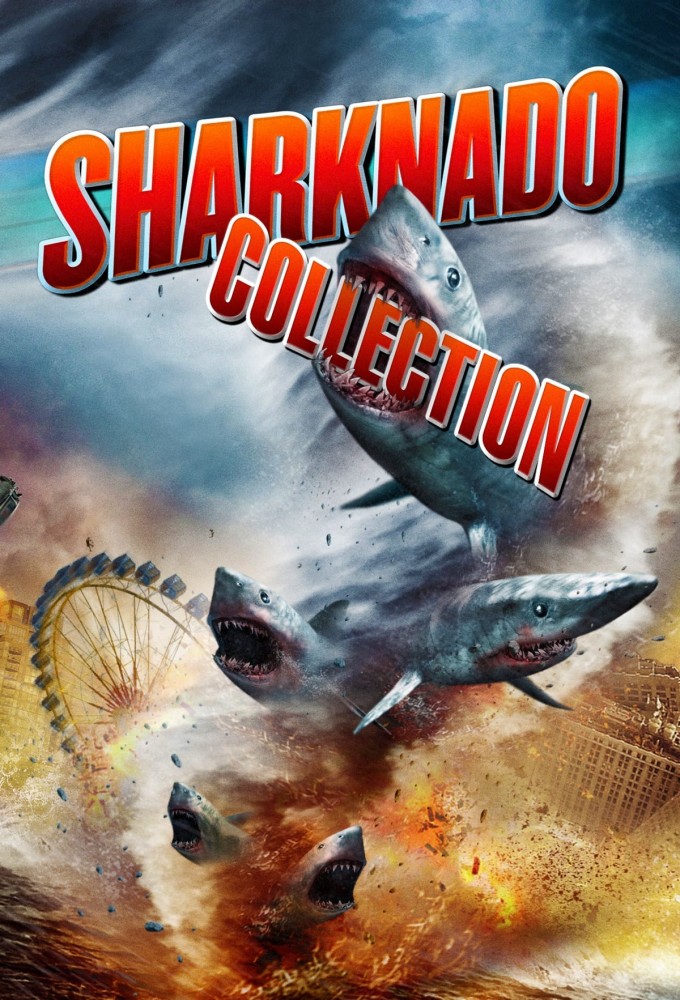 In “Sharknado,” a freak cyclone hits Los Angeles, causing man-eating sharks to be scooped up in water spouts and flood the city with shark-infested seawater. Bar owner and surfer Fin sets out with his friends to rescue his estranged wife April and their teenage daughter before the “sharknado” reaches them. The film became a sleeper hit, spawning several sequel movies, each further embracing the franchise’s penchant for camp. 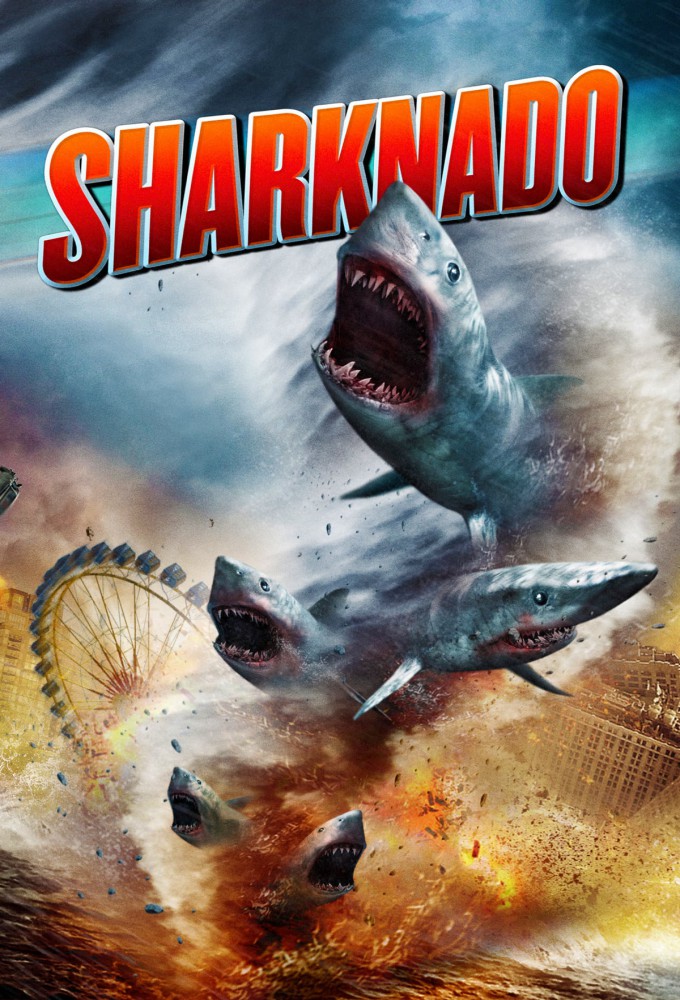 A freak hurricane hits Los Angeles, causing man-eating sharks to be scooped up in tornadoes and flooding the city with shark-infested seawater. Surfer and bar-owner Fin sets out with his friends Baz and Nova to rescue his estranged wife April and teenage daughter Claudia. 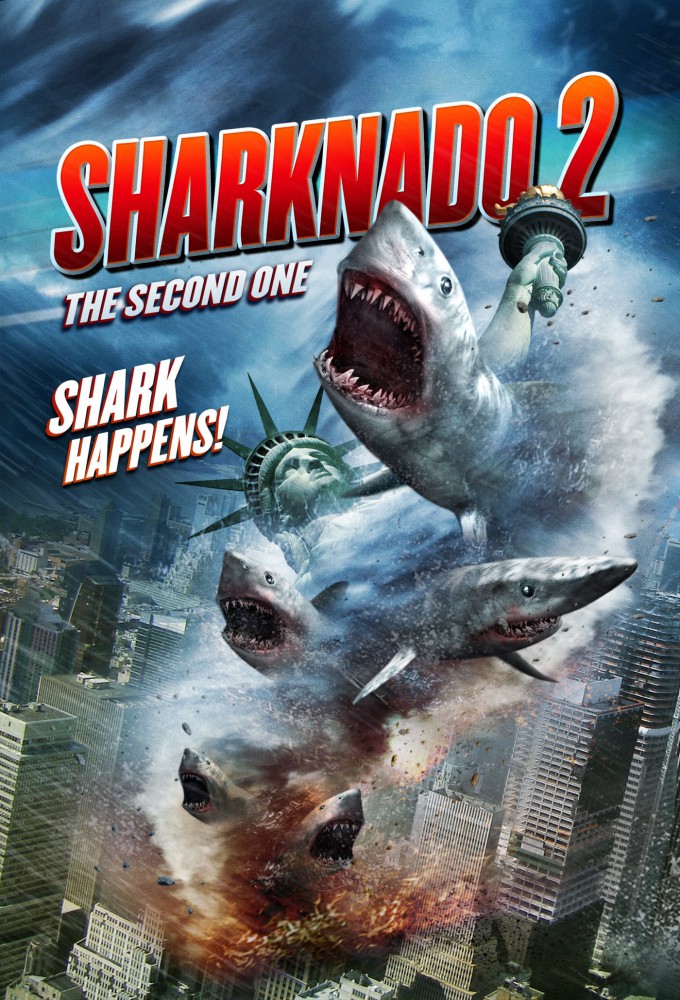 Sharknado 2: The Second One

A freak weather system turns its deadly fury on New York City, unleashing a Sharknado on the population and its most cherished, iconic sites - and only Fin and April can save the Big Apple. 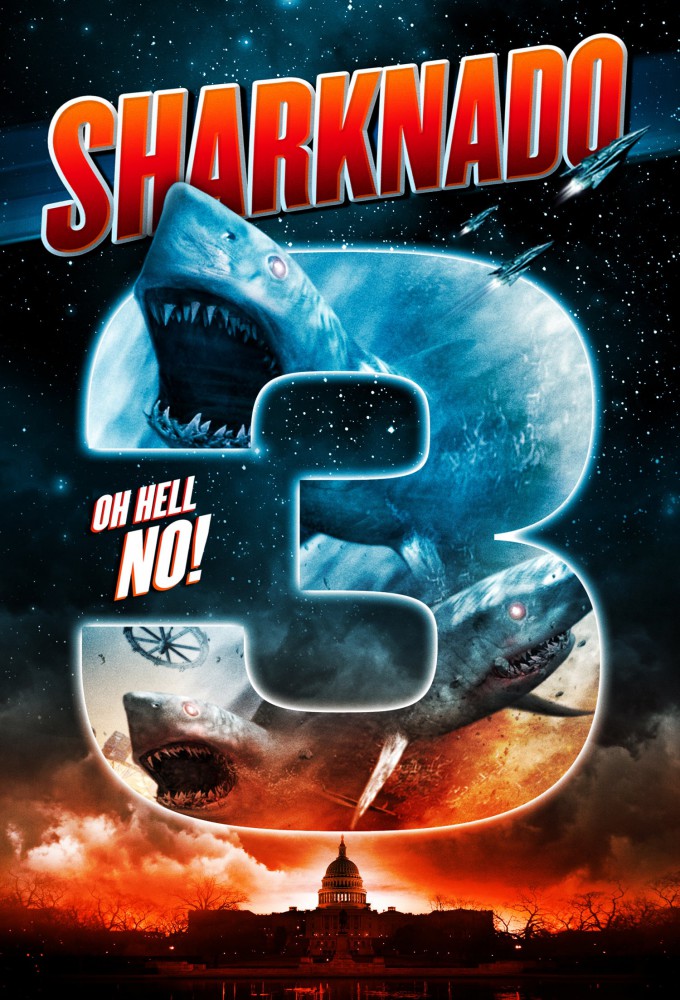 The sharks take bite out of the East Coast when the sharknado hits Washington, D.C. and Orlando, Florida. 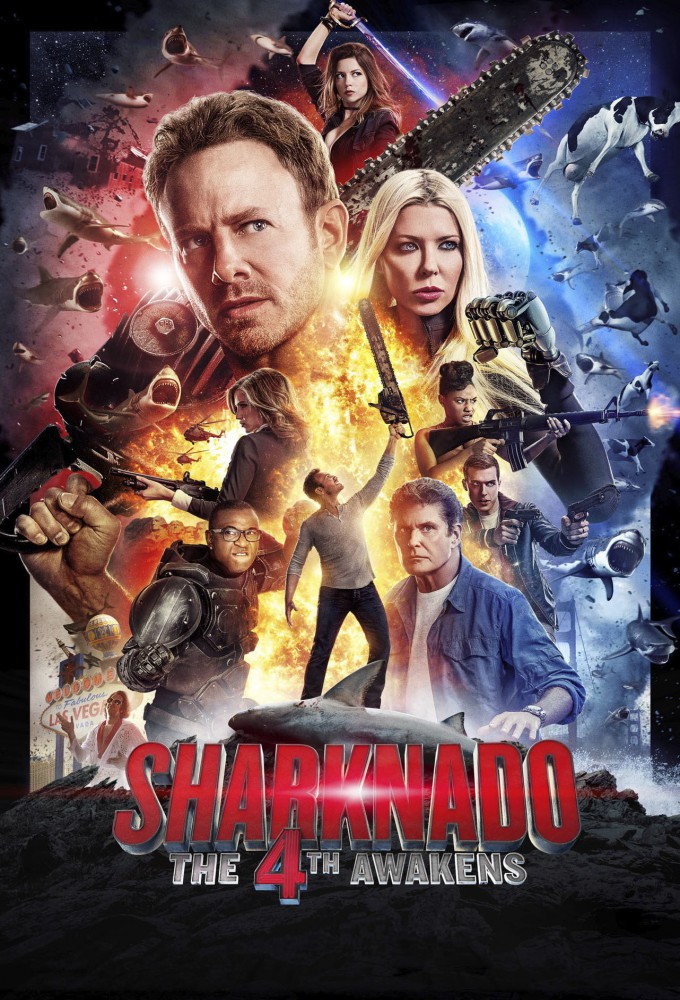 Five years after the wave of sharknados that wracked the east coast, our heroes are living a quiet life in the middle of the country -- as far away from sharks as possible. But all mankind should know by now, there is no escaping... 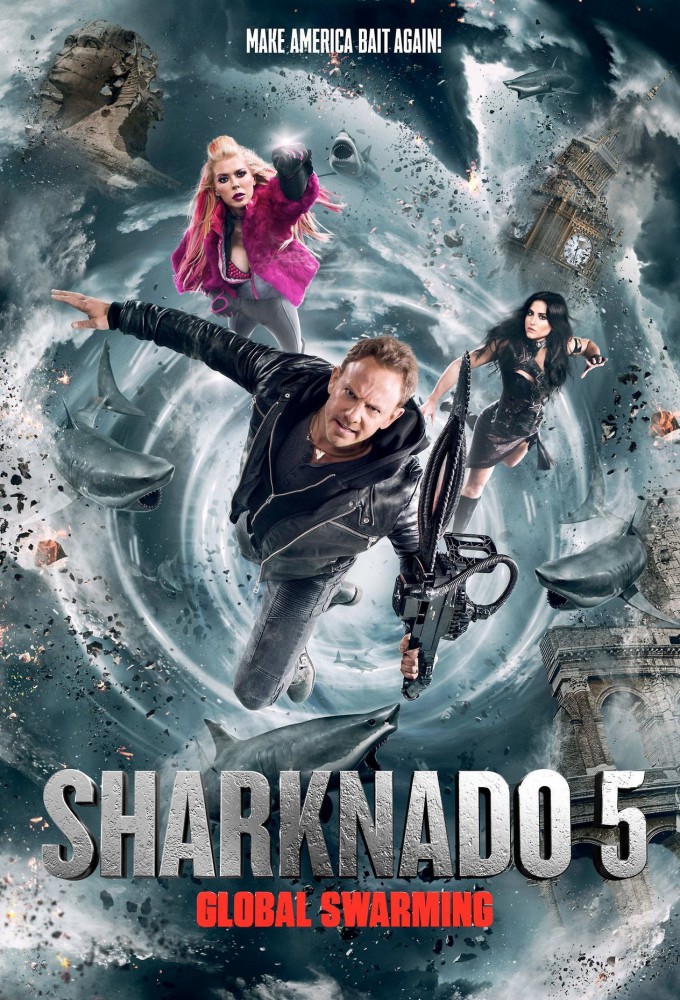 Fin and his wife April travel around the world to save their young son who's trapped inside a sharknado. 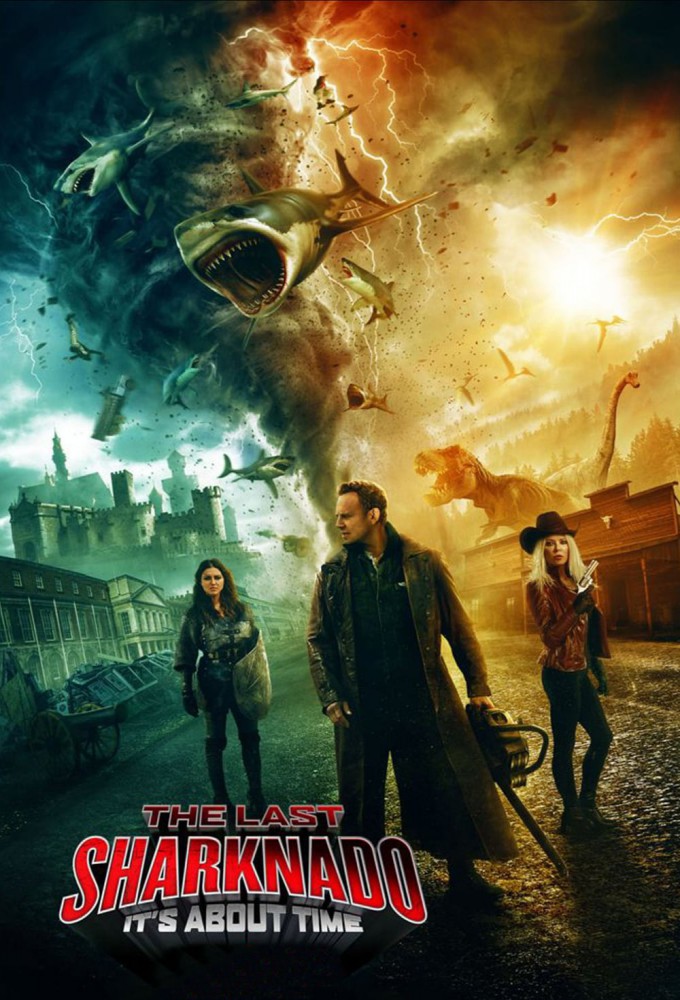 The Last Sharknado: It's About Time

Fin has to go back in time to rejoin his shark-battling friends to stop the first Sharknado and save humanity.